I was planning "the" trip (more about that later) with my 16-year old and took her to lunch to Fresco Creperie. 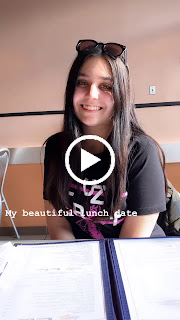 Fresco's is so yummy - it's in Williston Park, big recommendation. 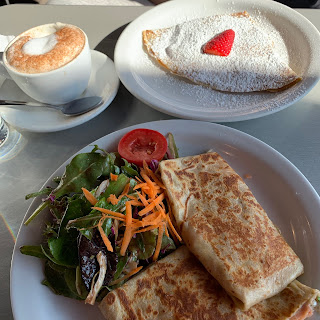 The New York Historical Society put on the Harry Potter - A History of Magic exhibition. Of course our biggest Harry Potter fan was dying to go, so I took the whole family to see the exhibit. BTW - she finished the full Harry Potter series not too much after this day..and was kind of moping around for a couple of days, looking for something to fill the void... (Percy Jackson eventually did.) 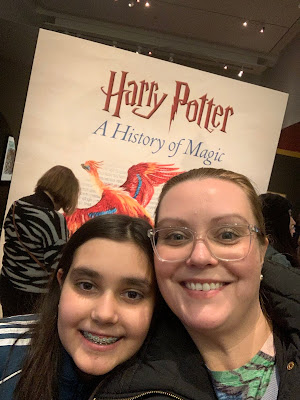 One weekend we skipped basketball and went skiing instead. Interestingly, I don't have one picture of us actually skiing, but a lot of pictures that are related to eating. Skiing was fun, however, and the 16 year old and the 8 year old graduated to a chair lift and a bigger hill. 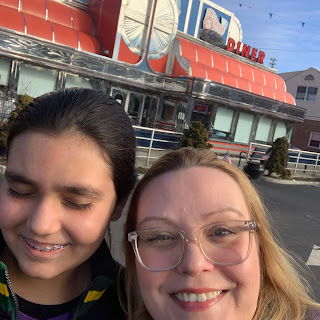 We stopped at the Jefferson Diner in New Jersey on our way to Camelback. If you're ever in that area, it's definitely worth a stop. It's like you've been thrown back in time a few decades, but everything looks new and shiny, not drab or aged. And best of all, the traditional diner food is fresh and delicious. 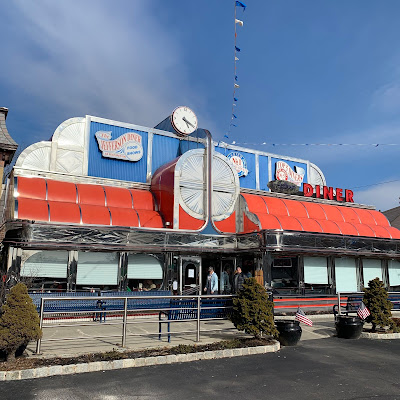 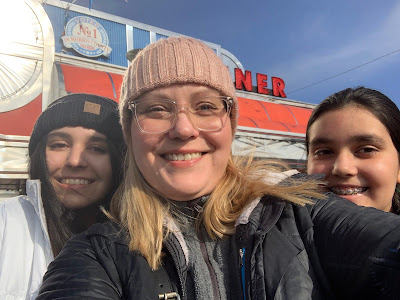 Why is it so hard to eat healthy on a car trip? On our way back I indulged in this yummy pretzel from Wava. Along with a gallon size cup of coffee, it was just what was needed to recover from the skiing and eating hangover :-) 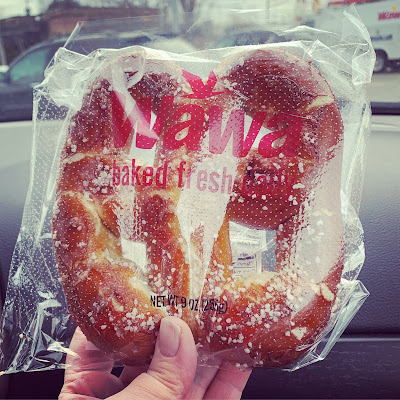 Posted by Liladyblogger at 9:36 AM No comments:

I think I'm back... I kind of missed this blog and my diary. Time passes so fast that it sometimes feels like I'm in a time warp, and if I don't make some record of what has happened in my life, or post pictures to record how the kids grow up, (how I get older), the trips I've taken, little fun activities of everyday life, it feels like it all just becomes a big blur after a while. New things keep coming at you with such a speed that it's very easy to forget things that happened even a few days ago. With the blog, you sit down, stop and process at least those things that you blog about.

Since this is my first post in 2019, let's start at the beginning, i.e.  New Year's Eve. I made one New Year's resolution - to have more fun - and I started the year off right, with a fun little party complete with family, friends, karaoke, and some bubbly. 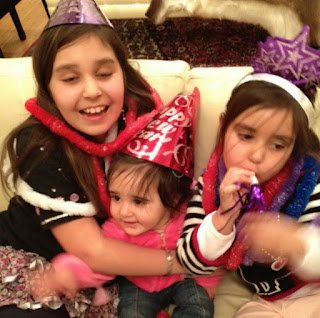 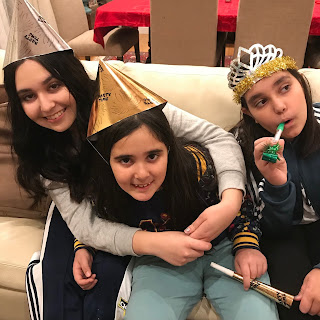 Posted by Liladyblogger at 11:37 PM No comments:

Liladyblogger
I am a 40-something working mother of three smart and beautiful girls. I live in Long Island, close to the beautiful beaches, but also near enough to commute to New York City.